← more from
A Colourful Storm
Get fresh music recommendations delivered to your inbox every Friday.
We've updated our Terms of Use. You can review the changes here.

A Young Person's Guide To The Early Welttraumforscher 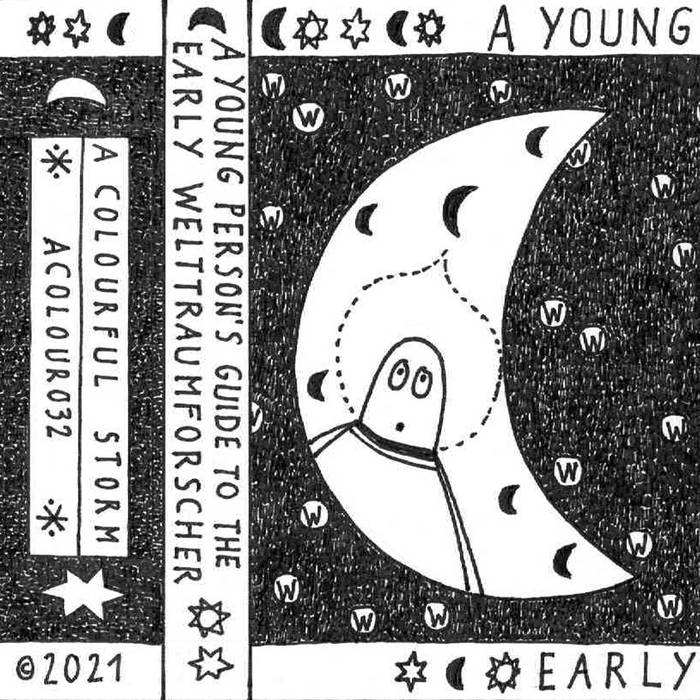 Die Welttraumforscher is the alter ego of Swiss musician Christian Pfluger, whose artistic activities began in the early 1980s with a series of self-published works on his Das Moniflabel imprint. The imprint, beautifully diaristic and revealing, is home to the majority of Pfluger’s work and doubles as the richly imagined universe in which Die Welttraumforscher lives.

Occupying a playful, fanciful space where sidereal visions emerge from the banalities of daily life ("coffee, cake and comets" as he so succinctly describes), our protagonist delivers starry-eyed dream-pop miniatures rooted in DIY tradition: guitar, synth, drum machine, organ, material scraps, voice and tapes play their part in a musical language both brittle and eternally blissful. Tinkling keys, radiant melodies and affected vocals form a cosmic link between postwar Dadaist sensibilities and melancholic masterpieces of Neue Deutsche Welle... but, ultimately, this is a vision of pure pop fantasy.

Gathered from previously unreleased recordings and including a piece from the second Moniflabel compilation (1987), A Young Person's Guide reveals pages of Die Welttraumforscher’s story yet unseen; a dreamer longing for celestial adventure.

Bandcamp Daily  your guide to the world of Bandcamp